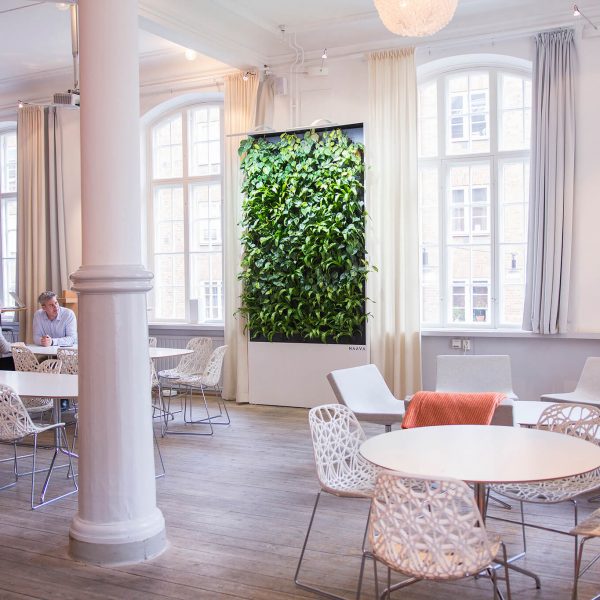 In April 2019,  Office Blueprint group launched a new brand called Welltek.  Welltek’s aim is to improve the office environment, with a greater focus on enhanced wellbeing in every element of design. The personal stories of their founders highlighted the need for change in how we all design and use our workspace.

Both of Welltek’s founders – Emma and Neil Jenkins – came from corporate environments with large, open plan workspaces.  They understood the challenges of trying to get work done in such a busy and distracting environment, and the stress that this can cause.

So, when Framery reached out in 2014 to offer their “soundproof phone box”, Neil flew out to Framery’s Finnish HQ the same week to check it out. Six years later, Framery are leaders in a market they created – that of soundproof meeting and ‘phone booths – and Welltek is their biggest distributor globally.

Following this success, it became clear that wellbeing in the corporate workplace was going to be at the forefront of office design. Welltek went on to develop partnerships with several other Nordic companies, including Loook, Naava, Light Cognitive and Go Sleep.

On a personal level, Neil was particularly keen to improve his daily health – specifically his sleep and reduction in stress levels. He had always been a light sleeper, who fell asleep easily but who struggled to go back to sleep if he was awoken in the early hours. At a European trade show he was encouraged  to try out something called the Neuron Activation Pod (N.A.P) from Loook Industries. Neil was extremely dubious about the manufacturer’s claims to send Neil into a deeper, more restful sleep. Neil tried the N.A.P, which involved 10 minutes of lying in a pod with a headset playing restful sounds and whilst experiencing gentle vibrations throughout the body.

Neil was most surprised by the fact that he was able to completely zone out whilst experiencing’ N.A.P in a busy, noisy conference hall. We’ve since learnt that N.A.P effectively puts you into a meditative-like state which starts with the body and migrates to the mind. Today, N.A.P along with Loook’s other products are an important element of the Welltek portfolio, and Neil sleeps extremely well!

Emma Jenkins, Commercial Director, had also started on a journey to improve her overall health following a diagnosis of a degenerative disease in a close family member. Emma felt a strong need to research ways in which she could protect her own health and that of her family as much as possible.  Since there is currently no cure for this disease, prevention is the best form of defence. After making improvements in diet and lifestyle, Emma began to look at her environment, starting with her workspace. 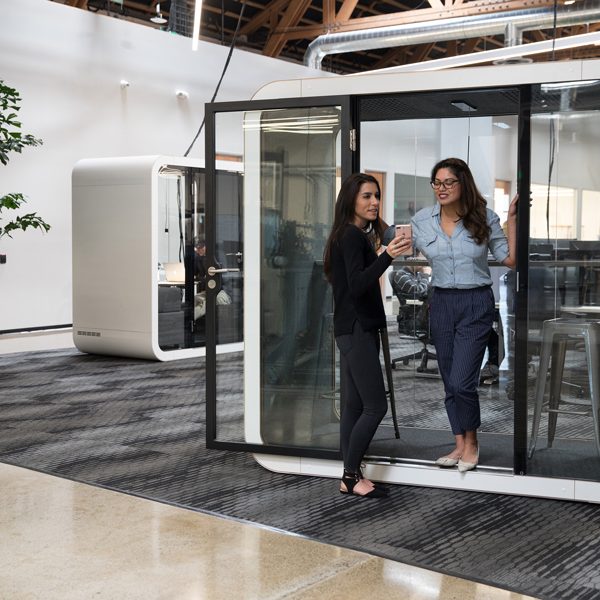 She felt it necessary to go beyond the basics of ergonomic chairs and height-adjustable desks, which they had been using for several years. After learning about the importance of the air we breathe and the effects on health, her first focus was to look at their indoor air. They learnt about the story of Naava, and how their founder invented the solution after becoming ill following a move from the countryside to a big City. Naava helps to purify the air and acts as a humidifier. It also brings the calming effects of nature indoors. The Welltek team have reported various benefits from these smart green walls, including feeling more alert in the afternoons, better skin and drinking less caffeine.

Emma’s next focus was to look at lighting and how it influences health. Good lighting has many positive effects – it enhances our well-being, productivity and alertness. As we spend much of the day in artificial lighting, there is evidence that the lack of natural sunlight has an adverse effect on the body and the mind, and can result in conditions such as seasonal affective disorder (SAD).

Like many offices, it is not always possible to bring natural light throughout the environment. Again, Finnish technology provided the answer in the form of Light Cognitive’s Horizon and Skylight – realistic artificial windows and skylights; providing Circadian lighting which mimics natural daylight. We now practise what we preach in the office and enjoy the benefits of natural daylight even on the darkest of winter afternoons.

Welltek’s mission is to offer a complementary range of design-led solutions to support our human needs when it comes to health and wellbeing. The main objective is to create an environment which not only inspires, but which improves the health and wellbeing of employees.

The  portfolio is focused on products with a unique combination of excellent design and proven Nordic technology. We are collaborating with leading consultants in the wellbeing industry and have partnered with manufacturers who are using sustainable materials and smart technology that embraces years of innovation and nature’s own design.

Living in one of the busiest cities we have started our journey to naturalise the man-made environment and bring nature back into our everyday lives.

“Thank you so much for coming all the way to Whipps Cross, you made the staff very happy today. Many thanks for the Neurosonic products – we are so excited to have them in the department”. Dr Jessica Best Opthalomy Education Fellow, Education Academy Whipps Cross